Girlguiding Shropshire is pleased to be partnering with Macmillan Cancer Support on a number of events and challenges this year. To find out more about the partnership at region level and how you can get involved with some of the challenges, check out this web page.

Back in September, some of our leaders dressed up as pirates and took to the seas (well, the River Severn) as part of the Shrewsbury River Festival. The team was given supplies to build themselves a raft, putting their pioneering skills to the test and then all of the rafts got to take part in a race along the river. Not only did all of the Girlguiding Shropshire team’s knots stay in tact, but they paddled their way to victory as well, beating the other teams to win the race.

Also at the event, some of our volunteers spent a successful day teaming up with Macmillan Cancer Support to run a fundraising stall with a tombola and gifts for sale.

Here is our County Commissioner being awarded with the trophy for the winning raft at the event. 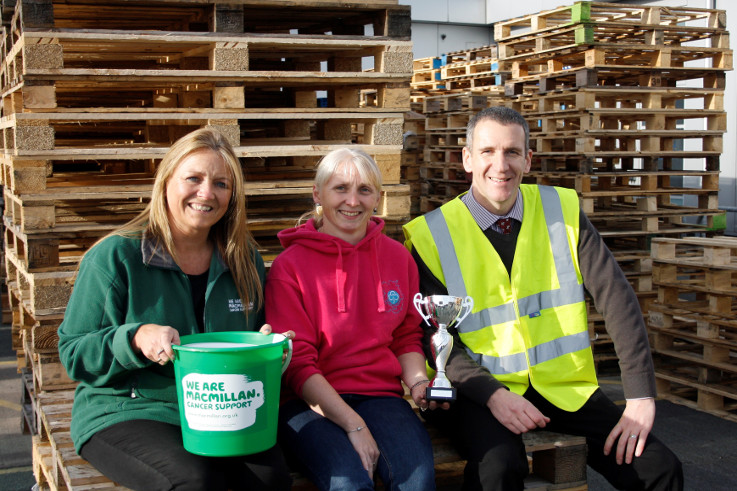