A celebration of one of our Rainbow leaders' achievements!

On Wednesday 24th May Zoe Jacobs, leader at Randlay Rainbows went to Buckingham Palace to receive her Gold Duke of Edinburgh Award.
To achieve the award Zoe had to do among many things a years volunteering. She decided to ask the local guiding units if she could do this with them. The Randlay Rainbow unit were more than happy to have her come along as a volunteer. Pam who runs the Randlay Brownies and also was Zoe’s Brown Owl while she was at Brownies organized it for her. Zoe enjoyed the group so much that at the end of her year decided to stay on and do her leadership training. On achieving this, the position of Rainbow leader became available and she was delighted to take over the group where she has seen girls start at 5 and worked with them as they move on to Brownies. She runs a successful unit , which is full with 15 girls and a waiting list. 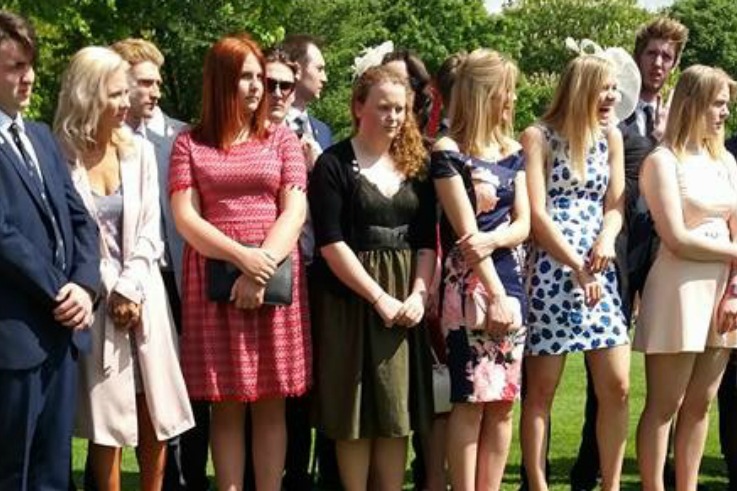